Our story and team 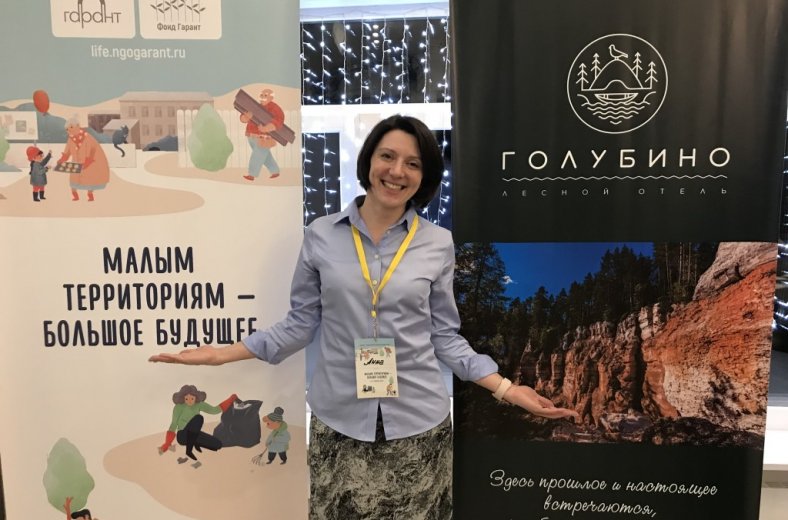 For us, the Golubino Forest Hotel is a place where dreams come true, and friends, who have not seen each other for a long time, finally meet. Here, the past meets the future, and the northern taiga can relieve any sorrow.

The history of our hotel began with the dream of ordinary Pinega residents. The neighborhood of Golubino has long been a favorite vacation spot for our family. This place has a special energy. Not by chance, our predecessor had decided to build there a fully autonomous and remote hotel.

Visiting the hotel, we often discussed what we would have done and changed, if we owned the place. Of course, this talk was rather a joke, and we did not even dare to dream in this direction, but in 2014 the Golubino Forest Hotel has become a part of our family and our lives.

Founded in 2003, the Golubino tourist complex was on the verge of bankruptcy by 2013. The main building burned down, and there were problems with paying salaries to employees. Then we, the two families of Klepikovsky and Shestakov, have teamed up to revive the place. We always dreamed of a house in the suburbs, but, as you can tell, it has turned out differently.

Since then, the whole family, including our parents, children, brothers, has been involved in restoring the hotel. First, the main building was renovated, which opened its doors to guests on December 24, 2016.

A lot has been done, and a lot remains to be done. This is an incredibly difficult, but exciting and beloved business. We felt the support of a huge number of people who accidentally ended up in Golubino, and then kept on coming back again and again, becoming part of a large team. We have formed a wonderful team of employees. We are all different, but we are united by love for the Russian North, the belief that relaxation and life in Russia should become comfortable and popular, and the villages of the Arkhangelsk region can and will live on.